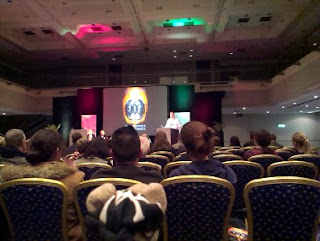 In the evening of the first day at WFC there was the David Gemmell Awards for Fantasy ceremony.

Before the awards were given there was an auction to raise money for the awards. There was some pretty cool stuff being auctioned, but there were too many people with lots more money to spend than me, so I didn't bid.

There was only one name on the list of people nominated for an award that I recognized and she didn't win. I don't really remember who did win I will confess. 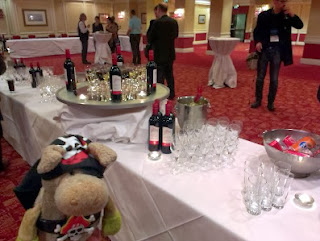 After the awards ceremony there was a reception with lots of wine and soda. I got there early, so it looks like there's not many people, but later on it got very crowded. 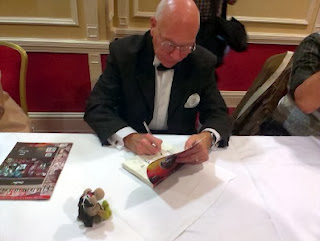 There was a book launch at the party as well. Legends: an anthology in honour of David Gemmell. I got a copy and let some of the participating authors sign it. 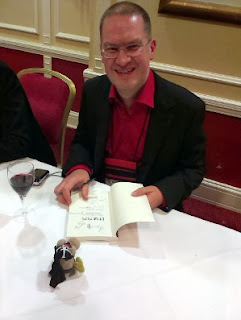 I will confess I didn't catch the name of most authors... 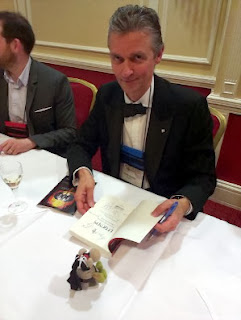 This one I know!
This is James Barclay. He handled the auction and did a very good job at that. 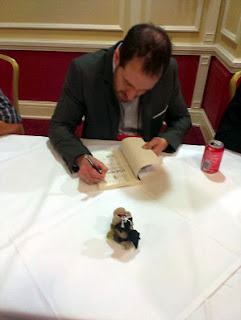 Another author who has a story in Legends. 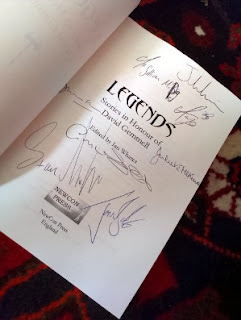 Look at all those autographs. 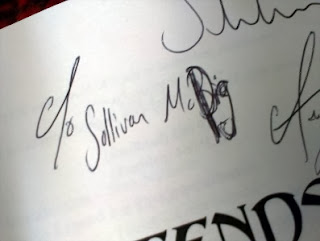 They wrote my name wrong at first!
McBig instead of McPig. I don't look that big do I? 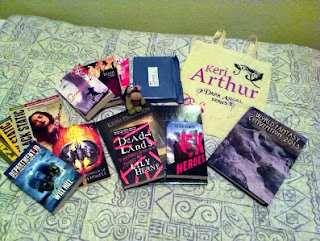 After the reception I went back to my hotel. It had been a busy and awesome day. Here's my book haul. It doesn't include the two books by Suzanne McLeod, because I left those with Suzanne so she could sign them for me.

Oh wow, all those great authors! And you had a book signed for you! You are sure a lucky pig Sullivan! Hope you brought an extra suitcase for all those books!

Book signings are fun, and all those guys are unknown to me as well. I don't think I could have restrained myself about buying books I want.

YAY many books! I confess I don't know the authors either but it's really nice. I'm proud of you for not buying everything, don't think I could have done that lol