A Card from Jerry and Ben 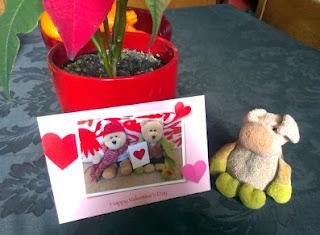 I received a wonderful Valentine's Day card from Jerry & Ben. 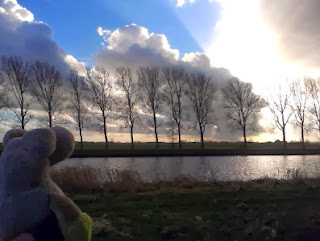 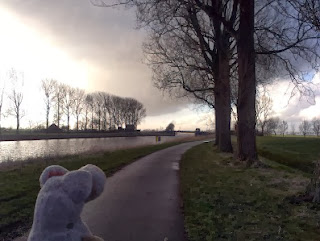 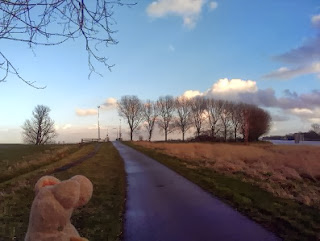 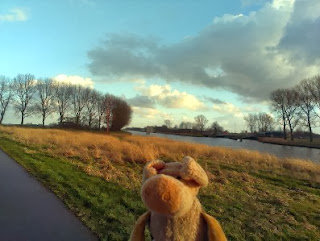 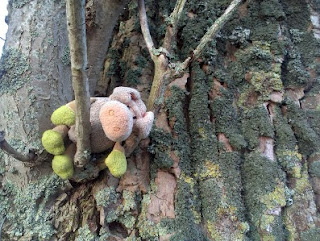 A Beautiful Tarot and a Book

I haven't been doing much this past week, so nothing much to post about.

I did get some wonderful mail though! 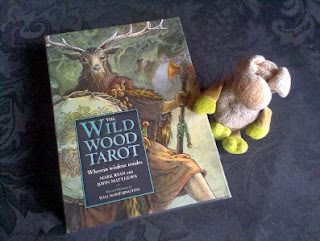 I received this beautiful tarot deck from Laura and Sparky. 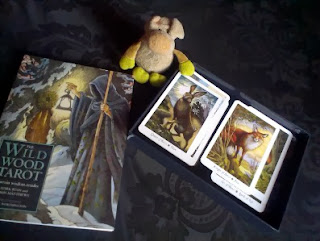 The artwork of this tarot is just wonderful, and there are lots of animals on the cards. 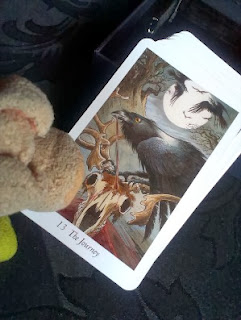 I really love this card with ravens on it.

Thanks Laura and Sparky.
You are awesome! 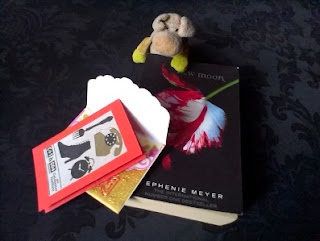 And I got a book and a lovely card from Beanie!
Beanie read the book and thought I might like it. I will confess I'm very curious about it.

Thanks Beanie.
You rock!

Gold, a Witch and a Duck

Today we finally went on an outing again.

My owner got a visit from an aunt, and we went into town. 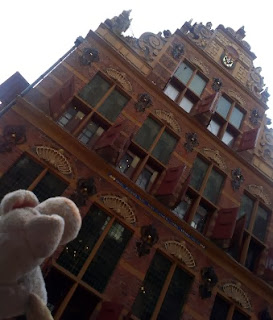 First we had lunch at 'Het Goudkantoor' (the Gold Office. It used to be some kind of tax collecting building and they had lots of gold). There's no gold there anymore I'm sad to say, but they make really good sandwiches.

Next we did some sightseeing and visited the candy shop, but we forgot to take a picture of the candy shop. it has all kinds of candy and licorice. 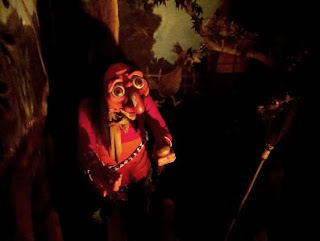 And I saw a witch!
This witch is from an old TV puppet show. Her name is Eucalypta. My owner didn't think this was the same Eucalypta puppet as the one she saw when she used to watch the show though.

Here's a link to a video of the show: Eucalypta is sick

There are also picture books of Paulus de boskabouter (Paulus the forest gnome), so that's why the witch was in the museum. 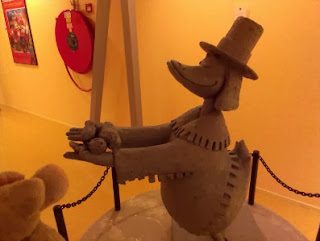 And there was a statue of Cornelius Coot.
How cool is that!?

All in all we had a great afternoon and I was very happy to be doing something fun again.