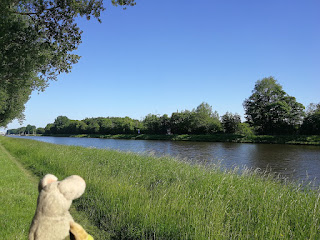 If you receive FairyLoot as well and are still waiting for your April box: spoilers ahead!

This box was later than expected.
Usually it ships around the 20th, but due to an item that arrived late at the FairyLoot headquarters it was shipped on April 30. 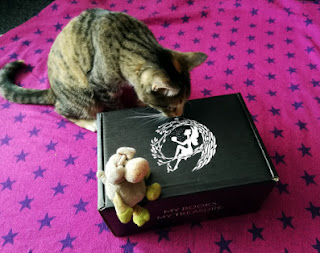 And last Friday it arrived!
Even the kitty was excited about the box. 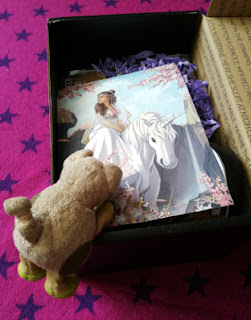 I dove right in of course.
The theme of this box was Whimsical Journeys. 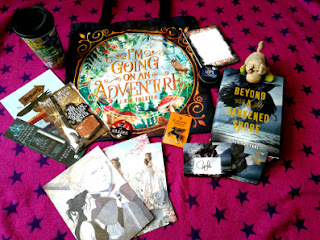 Once again the box was filled with cool bookish goodies. 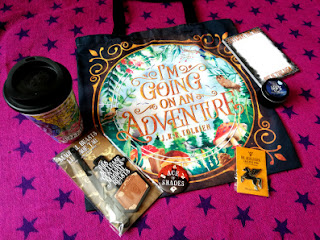 There was a beautiful tote bag, a travel coffee cup, a candle that smelled really good, a luggage tag, a notepad, a button and a pin. 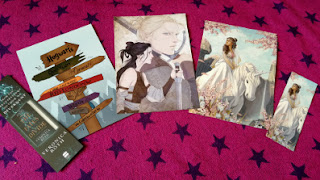 There were also bookmarks and art prints. 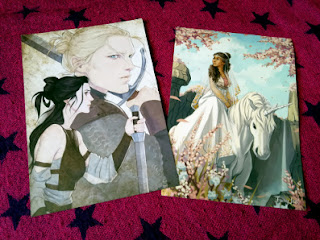 I especially love these two prints.
I'll have to see how I can best put them on display somewhere. 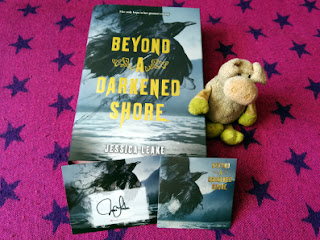 And last but not least the box contained Beyond a Darkened Shore by Jessica Leake with exclusive gold foiling on the cover and with a sticker and a signed bookplate. The book sounds very intriguing, so I'll read it soon. 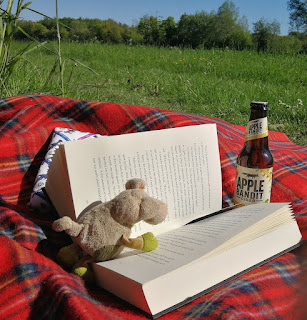 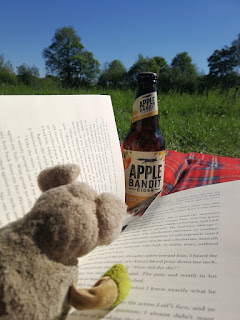 Special Message for My Email Subscribers

This is a public service announcement... with guitar!!!

If you're not subscribed to receive emails when I post on my blog, you can ignore this post.

If you are an email subscriber however:

You may have heard about the new General Data Protection Regulation ("GDPR"), that comes into effect May 25, 2018.

I want you to know that I do not use your email addresses or any information attached to it for anything else than letting blogger send you an email every time I publish a post.

If you do not want to receive any email updates, feel free to unsubscribe at any time.

End of announcement. We will now return to our regular programming. 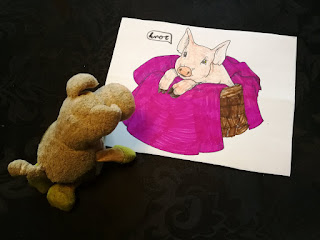 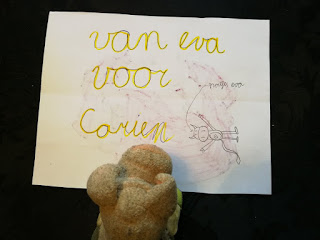 We received awesome mail today!
My owner's niece sent us this piggy. And she made a cool drawing on the other side for us as well.
Thanks, Eva.
Posted by Sullivan McPig at 3:34 PM 1 comment: