I go on a trip to Brighton 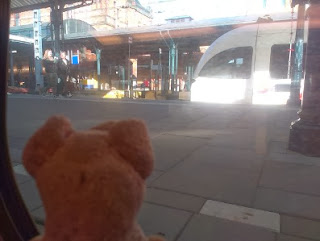 On October 30th my owner and I went on a trip to Brighton to visit the World Fantasy Convention 2013. First we had to catch a train to get to the airport. 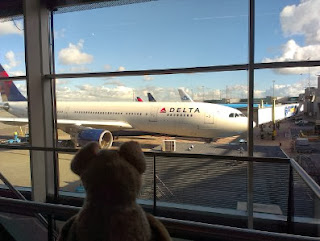 We were afraid there might be a delay with the train, but we got to the airport really fast, so we had lots of time to look around and watch the planes. 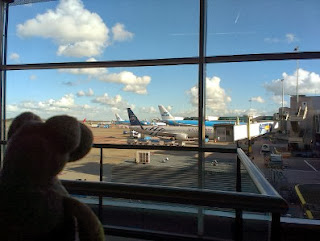 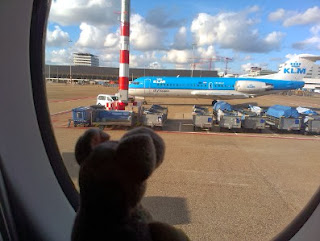 I got a window seat!
Do you see the blue and white KLM cityhopper plane? The plane we were in looked just like it. 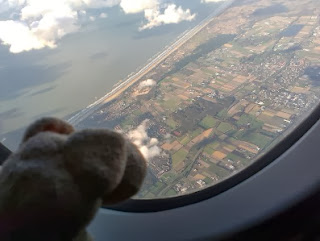 High in the air on our way to Heathrow airport.
This is still the Netherlands below us, but when we were going to land at Heathrow I could see London. I saw the Tower and Big Ben! We weren't allowed to take pictures during the landing though, so I can't show you. 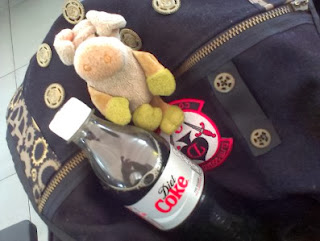 At Heathrow we had to take the National Express Coach to Brighton. we had to wait an hour and a half for the coach, so we got something to drink. 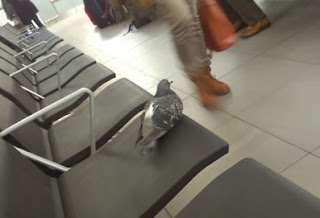 There was a pigeon on one of the seats next to us. I think he lived there, because he wasn't very scared of all the people who walked by. 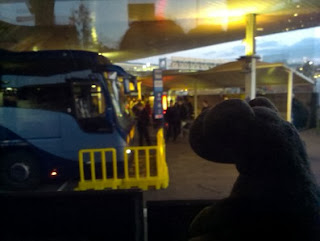 Finally the coach arrived and we were on our way. 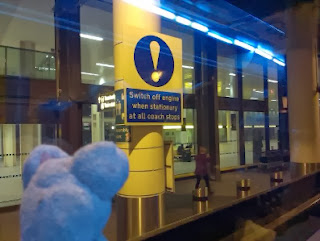 We made a stop at another airport along the way.

And then finally we were in Brighton!
And Beanie was waiting at the bus station to help us find our hotel. How cool! 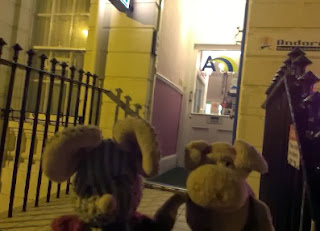 Here we are in front of the hotel were my owner and I were staying.

Coming up next:
Fish and Chips!


ps: I will be posting about both the cool stuff I did with Beanie and about my experiences at WFC 2013 over the next few days.
There will be pictures and recaps of the panels I saw and stuff like that.

Posted by Sullivan McPig at 6:11 PM

Looks SO fun! I shall be hanging on every post. And, wow, what a journey...

I will also be lurking over these posts. What fun!

Lovely first post, I am certainly looking forward to your next posts Sullivan!

Looking forward to hearing about your adventure!

We're so jealous that you get so see Beanie, how exciting!

it's nice that you had a nice weather