Yes, I disappeared for a few days in the middle of my series of posts about Brighton and WFC, but our vacation was officially over and I had to accompany my owner to work again. So we've been a bit lazy about blogging when we got home from work.

On Sunday afternoon there was this big, posh award banquet thingy at WFC. We didn't want to go to the award thing, so we had made plans to explore Brighton with Beanie. Everyone had told us that it would rain all Sunday, so I was a bit wary.

Nikki also didn't want to go to the banquet, so we invited her along on our shopping and exploration trip, so off we went to discover it was a lovely, dry and even sunny afternoon. 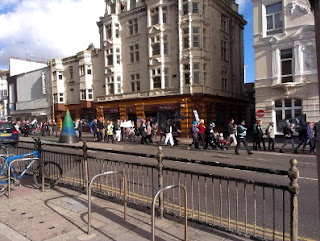 We had just left the hotel when we saw a parade of some kind.
It turned out to be a protest against the killing of badgers. 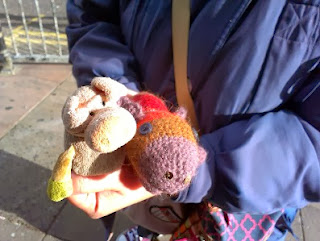 Beanie and Andrea also brought my cousin Mungo McPig along! It was great to see him and chat with him. 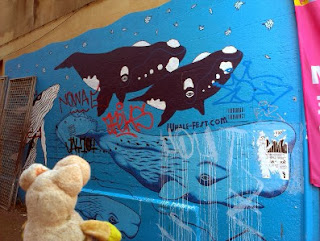 On our walk through Brighton we saw lots of cool street art. 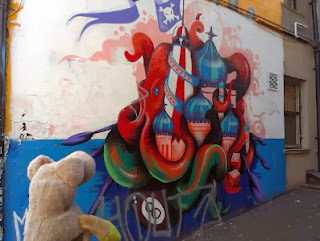 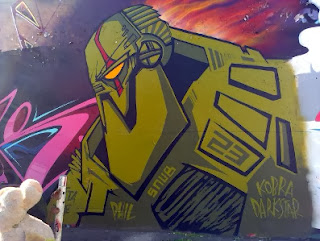 Some kind of Space Marine. 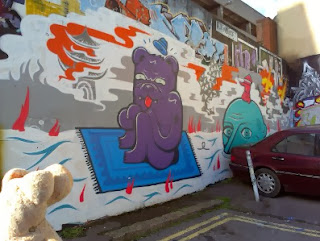 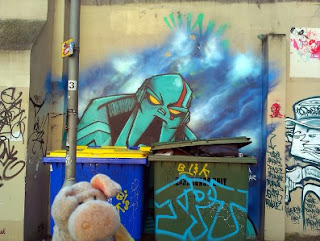 A Space Marine hiding behind dumpsters. 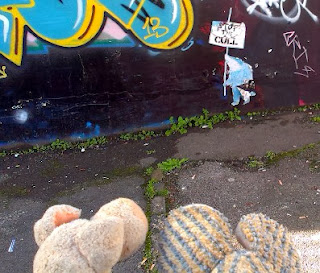 And we saw a Stop the (Badger) Cull (killing) poster.
I think those protesters might have put it there. 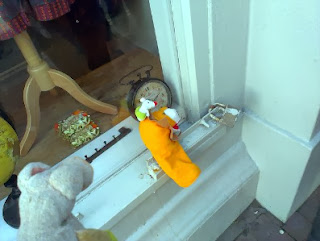 We saw some homeless animals as well. 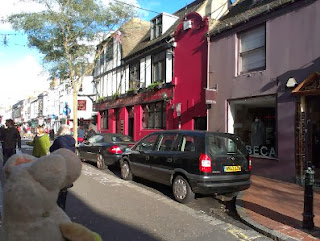 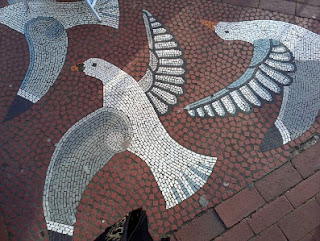 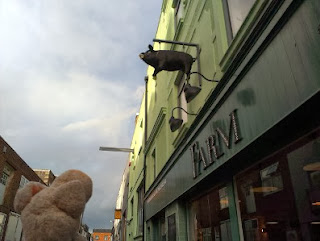 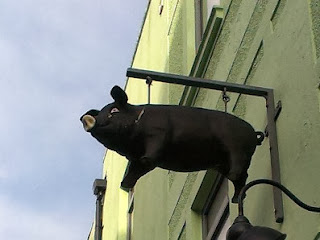 We had a great time.
We did some shopping, some exploring and had lots of fun.

Coming next:
The Royal Pavilion

Posted by Sullivan McPig at 1:54 PM

Carrie at In the Hammock Blog said...

What a grand time in Brighton with Beanie! You got to see so many things. We love that pig sign.

Cool murals!! Beanie seems to live in an artistic place.

oh it must be nice to visit a little bit like that.

What a great afternoon, and I am glad you had such good weather. Brighton sure is a city worth visiting.