Swag and Books in My Mail

Yesterday there was a package for us from Jeffe. 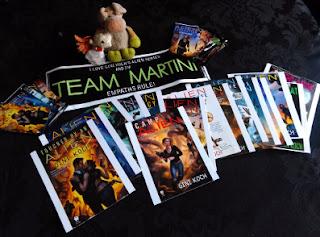 There was lots of cool swag inside from Gini Koch.
Jeffe met Gini at a convention and Gini gave these cards, magnets and sticker to Jeffe for me and Voodoo Bride! There's even a card of Gini's upcoming book Camp Alien. 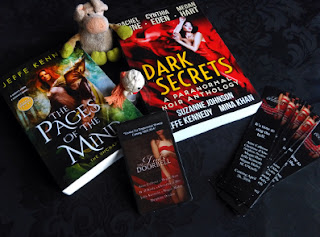 And there were amazing goodies from Jeffe herself as well!
An ARC of The Pages of the Mind, a print copy of Dark Secrets, and bookmarks and a little memo book. How awesome!

So if you wonder where I'll be the next few days: drooling over the cool swag, and reading and petting my books!

Thanks, Jeffe and Gini!


Want to find out more about the books from Jeffe and Gini:
Click here for Jeffe's books
And here for Gini's books

Yesterday we went on another outing.
A friend of my owner invited us to go to a concert with her. 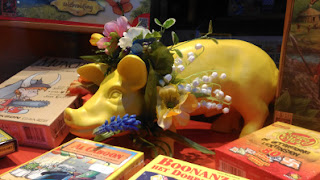 On our way to the concert I spotted this Easter pig! 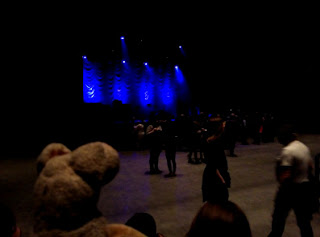 When we got to the concert hall we found an elevated seat so we could look over all the standing people and see the podium. I'm just too short to be able to see anything if I would stand among the crowd. 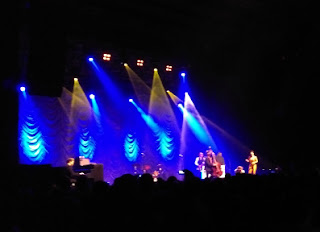 And there was the band!
Postmodern Jukebox.
They play pop hits with a vintage twist. 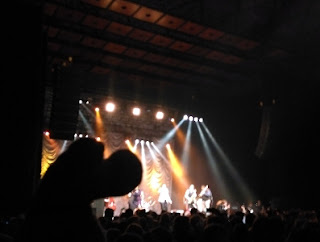 The concert was really good!
They played lots of cool songs, and there was tap dancing. 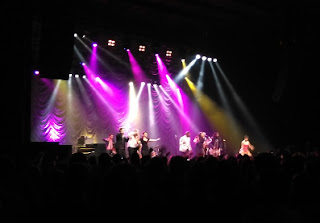 I wasn't familiar with this band before I was invited to go to this concert, but you can bet I'll listen to their music regularly from now on. It was an awesome show with great music. 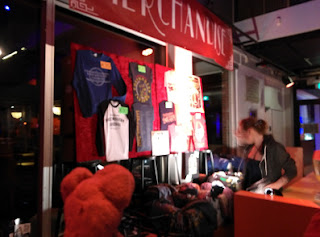 After the show we had a look at the merchandise, and my owner bought me a CD!

Thanks for the great evening, K!

They didn't play this song yesterday, but I just had to share :-) 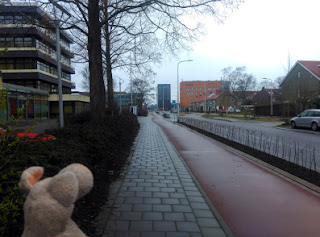 Last weekend my owner took me on an outing.
We took a train to Leeuwarden and then made a 10 minute walk through wet and chilly weather. Bad day to forget my hat! But it was worth the trip because: 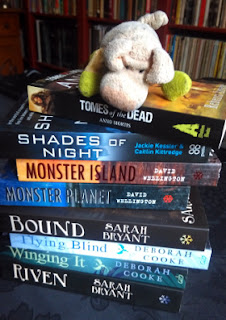 We went to a Boekenfestijn!
I found all these books and because they were really cheap my owner bought them all for me. 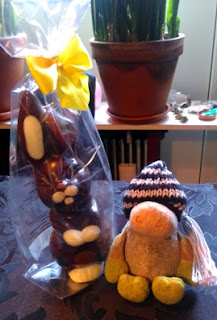 Tomorrow it's Easter so we also got a chocolate bunny this week. 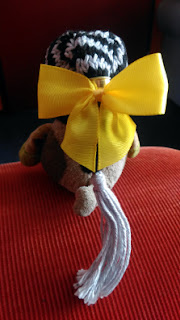 Have a great Easter weekend everyone! 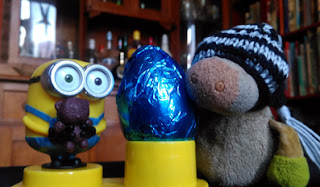 My owner got me a present.
A minion egg holder with a chocolate egg.

There were two books in my mail today! 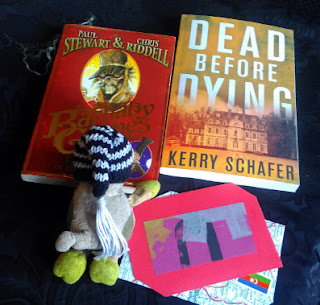 Beanie sent me a zombie book with cool illustrations by Chris Riddel, and my copy of Kerry Schafer's book Dead Before Dying finally arrived as well!

(I've been waiting for over a month for Dead Before Dying. The Mailmen must have been interested in it and kept a copy for themselves, because I had to ask for a second copy to be send.) 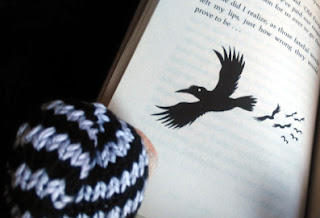 Here's a picture of one of the illustration in the zombie book. I'm eager to start on this.