Saying Goodbye and the Journey Home 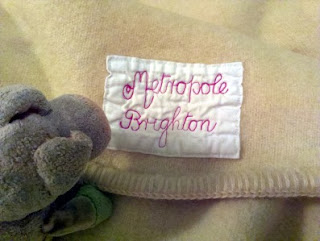 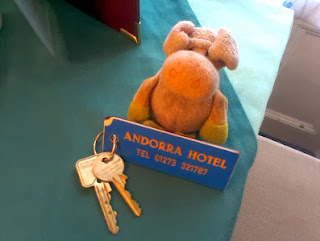 I checked the next morning, just to be sure.
Yup: Andorra, not Metropole. Strange...

At breakfast we had a last chat with Joan De La Haye and after that we checked out. We got our suitcases and: 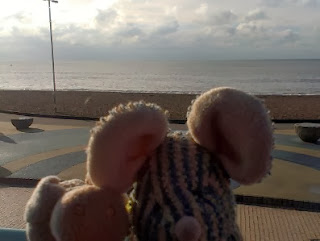 Met up with Beanie for a last time. 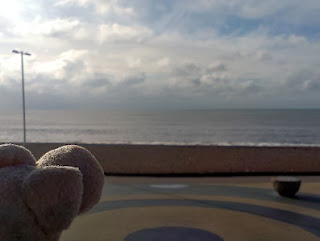 I had a last look at the ocean.
It was a gorgeous, sunny day. 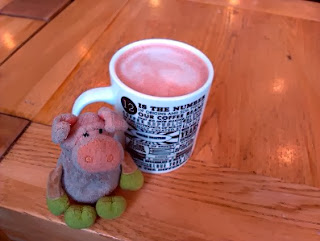 We went to a coffee shop with Beanie and Andrea, and had something to drink. I had a hot Chili Chocolate. It was very yummy! 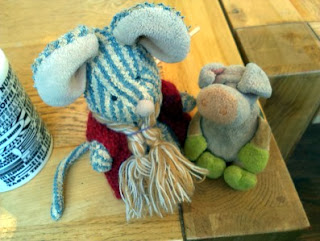 Beanie and I enjoyed our drinks and chatted about all kinds of stuff. 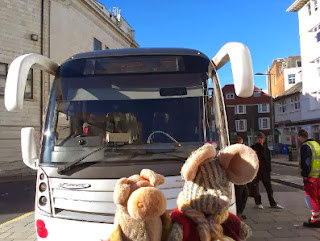 Then Beanie walked me to the bus station and there we said goodbye. 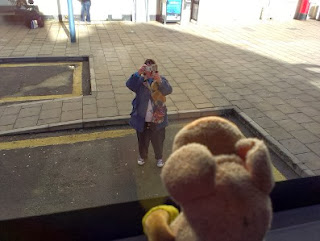 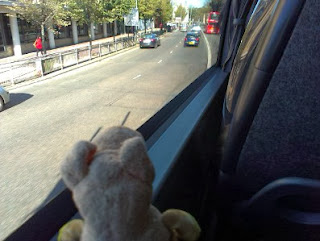 And we were on out way.

I very much enjoyed seeing Beanie again.
I hope we'll meet up again in the future. 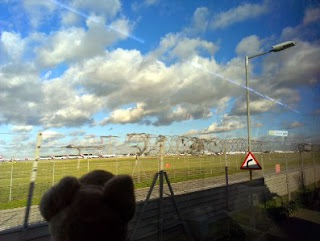 Almost at the airport.
What a lovely day!


But then we came at the airport and there were lots of panicky people.

It turned out the weather in the Netherlands was bad, especially near Schiphol airport, and all kinds of flights to Schiphol were being cancelled. Would ours be cancelled too?

It was uncertain at first, but finally we were told our flight would most probably leave, but 30 minutes later than planned. Time to get through the airport security and find our gate.

Apparently my owner looks like she keeps make-up in her bag, because we were asked about 5 times if we were really sure we didn't have any make-up with us. After the fifth time they finally seemed to believe us. Another passenger wasn't so lucky: they wanted to check her bag to be sure.

Thanks to my owner's special airport pants we made it through the metal detectors without problems again. 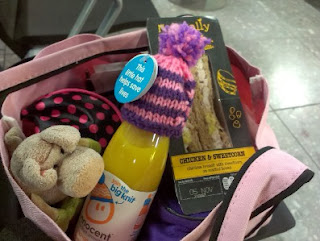 We had gotten hungry and thirsty, so we spent our last British money on something to drink and a sandwich. The bottle had one of those cool hats! 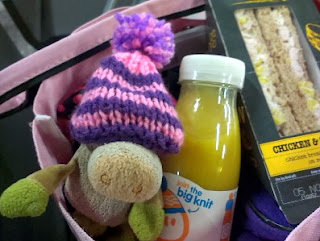 If the weather was still bad in the Netherlands I now at least had a warm hat. 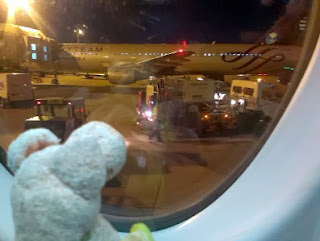 We boarded only a little bit later than planned. 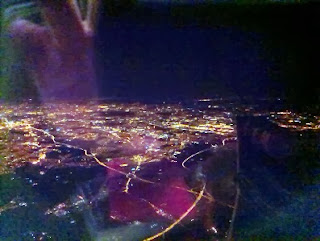 It was dark outside, so we could see all the lights of London. Very beautiful.

We landed at Schiphol at the time that was on our ticket, so we didn't even lose much time. We got our luggage and then we caught a train back home. In Groningen my owner's OtherHalf was waiting for us to help us get our suitcases home. How cool!

After an amazing time in Brighton, we were home!


Coming next:
My loot and cool mail

That hat looks great on you Sullivan! Thanks for sharing your adventure in Brighton! We're so jealous that you got to see Beanie. We bet you have enough books to read for many, many weeks!

A nice post again Sullivan, and I am glad you had such a great time at the convention, and with Beanie.
And now all those shiny new books to explore!

YAY!!! What a great holiday you had!! That picture of flying over England in the dark with the street lights below is REALLY cool!
Hope we meet again too!!