Gilbert - A Trip to Germany: Fountains, Geese and Another Castle 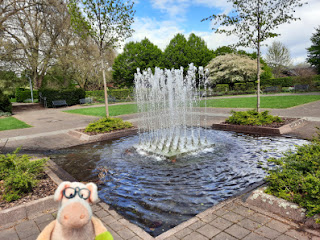 There was a cool fountain in the park. 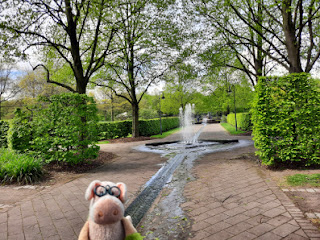 There was water running into the fountain from a small stream. We decided to follow it. It led to another fountain and even further. 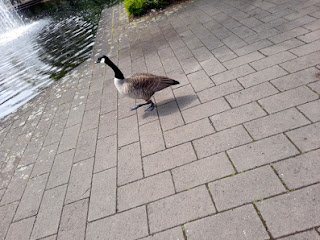 This goose was parading around, looking he meant business. 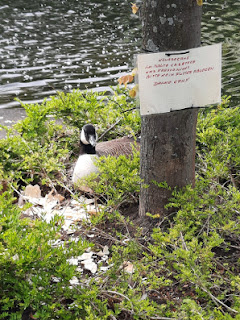 It turned out he was making sure people wouldn't bother his mate who was sitting on a nest. A friendly elderly man told us she was sitting on seven eggs! 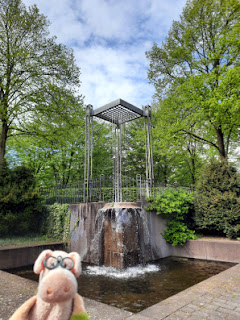 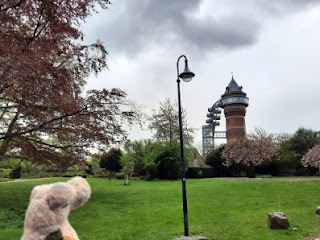 Next we decided to have a look at another castle. There was a big tower there as well. 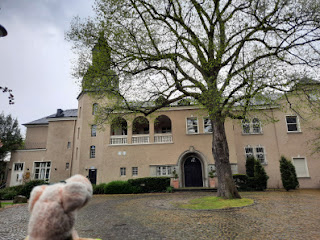 Castle Styrum was first built in the 11th century and had a royal court. I must say it didn't look that old to me, so I guess it has been remodeled quite a bit. 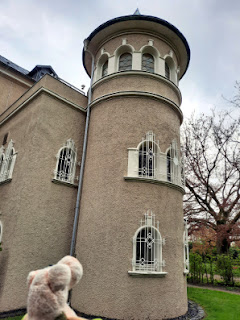 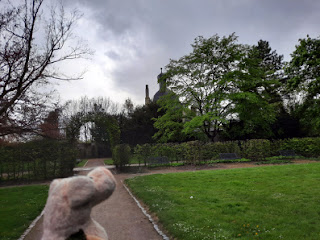 I spotted an older building in the distance. 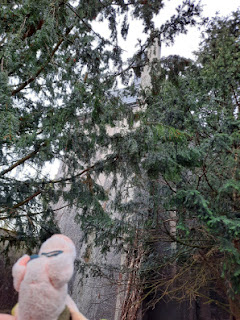 Egh, I couldn't reach it for a better picture. 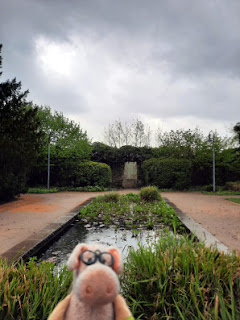 There was a cool pond in the garden. 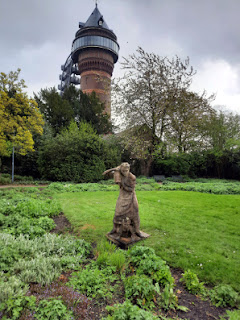 And a creepy statue. 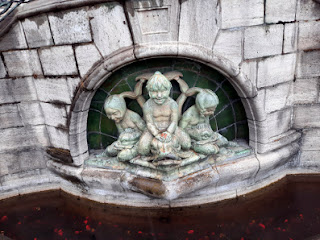 There were also these creepy kids. 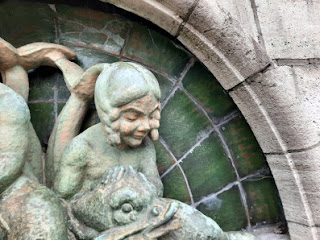 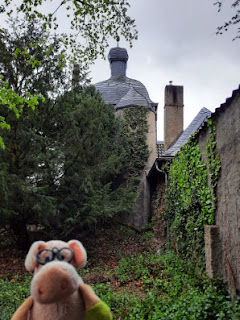 Another try to get close to the old building. This was the best I could do. 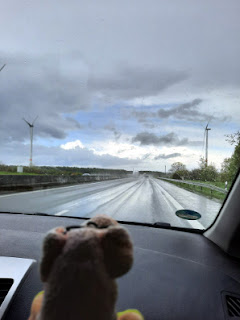 As the weather was getting more dark and rainy we decoded to travel back to Diana's home. We had both rain and sun on the way back. 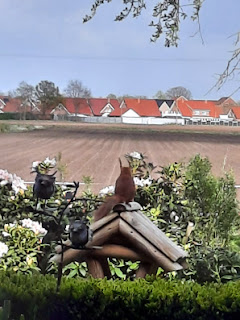 We spotted the squirrel again, but he was ignoring us.
Next: garden fun
Posted by Sullivan McPig at 12:00 PM

It was cold and wet, but still a nice trip!