Gilbert - A Trip to Germany: Castel Broich and More 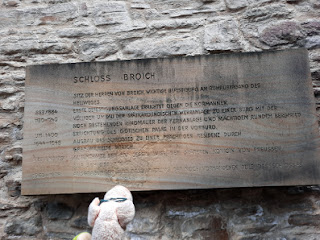 Castle Broich was build in 883/884 to defend against Vikings. There were extra buildings build later as well of course. 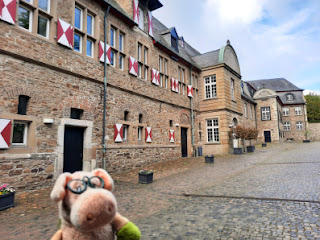 I think this one is newer than the 9th century. 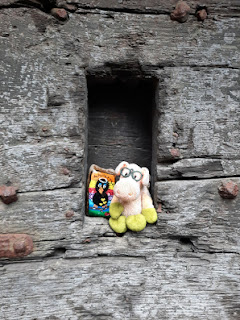 We spotted yet another stone from Mona in an old door. 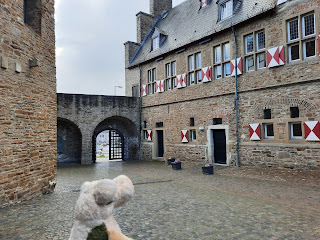 The museum in the castle was closed, but we could explore the courtyard. 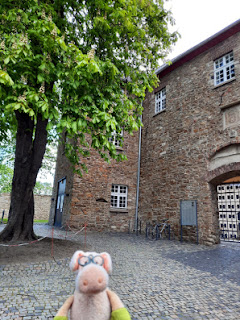 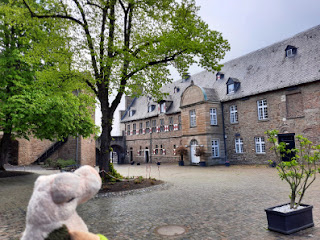 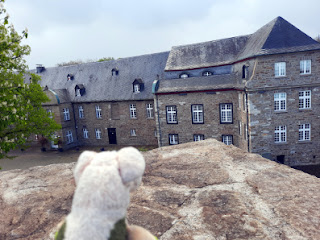 I climbed on top of a look out tower to get an even better view.

Panorama Picture taken on top of the look out tower. 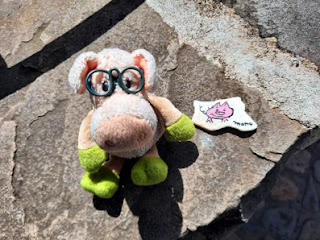 Diana found another stone and this one had a piggy on it! 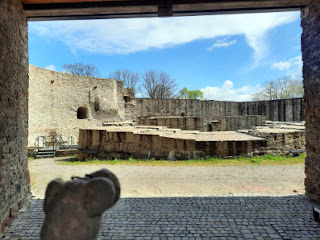 There was an excavation of the oldest part of the castle, but we couldn't get close to it. 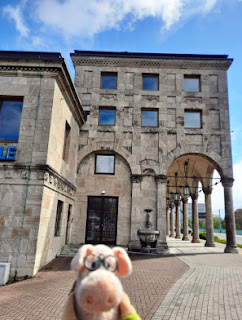 We went for a walk and saw City Hall. 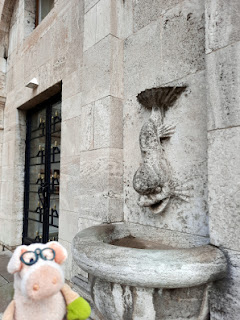 It had a scary fish fountain. 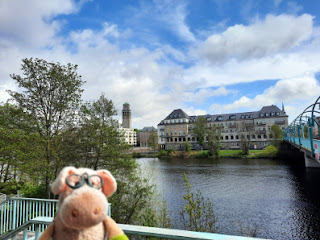 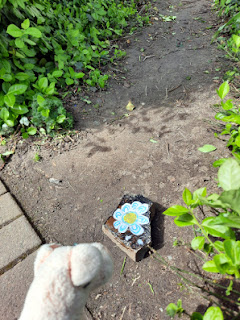 There was a park next to City Hall and we found another stone, this one was a really big one. 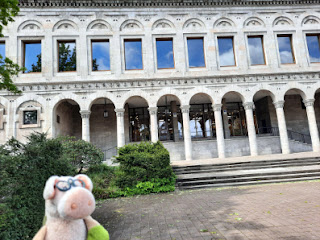 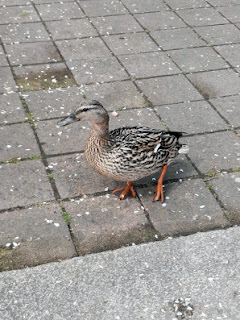 There were ducks in the park. This one came over to see if we had any bread for her.
Next: another castle
Posted by Sullivan McPig at 12:00 PM

did you leave your own stone?

We didn't have stones and paint with us, so no.